Council Director Chris Baker “Hitting the beach again!” Chris attended the 2022 fundraising event for the Basilone Memorial Foundation.
John Basilone was a United States Marine Gunnery Sergeant who received the nation’s highest military award for valor, the Medal of Honor, for heroism during the Battle of Guadalcanal in World War II. He was the only Marine enlisted man to receive both the Medal of Honor and the Navy Cross in World War II.
The Basilone Memorial Foundation Inc. is a 501c3 non-profit organization operated exclusively for charitable purposes. Our Foundation which began in 2014 has raised funds to ensure a better quality of life for veterans and their families as well as cancer patients. Funds raised are distributed to the Fisher House Foundation and Robert Wood Johnson University Hospital Steeplechase Cancer Center/RWJ Barnabas Health. 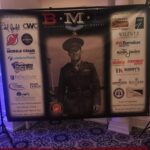 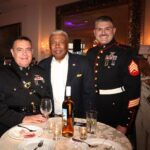 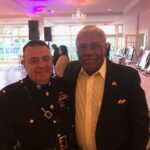 The Navy League of the United States is a recognized non-profit organization under Section 501(c)(3) of the Internal Revenue Code. Contributions are tax deductible as otherwise provided by law.