Board of DirectorsTheNavyLeaguePhilly2022-06-29T16:17:45-04:00
William YoungbloodPresident
Bill served as an officer in the United States Navy, United States Navy Reserve and United States Army Reserve for more than 22 years. He is currently the Associate General Counsel at American Regent Inc., a pharmaceutical company headquartered in New York. In addition to being the President of the Philadelphia Council of the Navy League of the United States, Bill is the Officer-In-Charge of the U.S. Naval Sea Cadet Corps, Mason Division (Philadelphia).
Bill joined the military in 1983 as part of the NROTC program at the University of Pennsylvania while attending Drexel University. He graduated from Drexel in 1988 with a Bachelor of Science degree (Chemical Engineering), was commissioned as an Ensign and attended the Navy’s Nuclear Power School, Surface Warfare Officer School and other schools before being assigned to the USS Aylwin (FF-1081) in Newport, RI on which he completed his Surface Warfare qualifications and a UNITAS deployment around South America. After decommissioning the USS Aylwin, he was assigned to the USS Constellation (CV-64) where he served as a Lieutenant in the Engineering Department.
After completing his active duty commitment, Bill entered the U.S. Navy Reserve and spent several years working as a chemical engineer and attending Temple University Law School in the evening. After graduating from Temple Law, Bill spent approximately ten years practicing law at three private law firms in Philadelphia during which he transferred services to become a Judge Advocate General (JAG) in the U.S. Army Reserve. Bill was mobilized twice in the JAG Corps during which he provided legal counsel to the Army and its soldiers during the conflicts in both Iraq and Afghanistan.
In 2010, Bill left law firm practice to become Patent Counsel at Johnson Matthey, an international chemical and pharmaceutical company. In 2016, he accepted the role of Assistant General Counsel at Mylan Inc., a multinational pharmaceutical company, where he worked primarily on intellectual property matters. In 2019, Bill retired from the Army Reserve as a Lieutenant Colonel and returned to Philadelphia full-time to work at American Regent.
Bill lives in center city Philadelphia and has two children, ages 15 and 12. 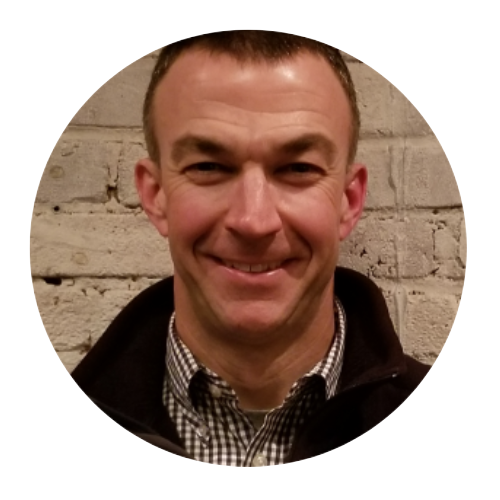 Jeff ShannonVice President
Mr. Shannon is a 1996 graduate of Drexel University where he majored in Operations Management. He first worked in pharmaceutical manufacturing and then joined the construction industry where he has 20+ years’ experience managing and consulting on various civil / infrastructure projects including a US Army airfield, a Veterans cemetery, port facilities, highways and utilities.
Mr. Shannon is a volunteer officer for the US Naval Sea Cadet Corps and he actively serves on several committees at his church and children’s school. He is an avid runner and finished the Marine Corps Marathon in 2017 and 2019.
He is a Philadelphia native, lived in the central mountains of Colorado from 2013 to 2015, and currently resides in suburban Philadelphia with his wife and two children. 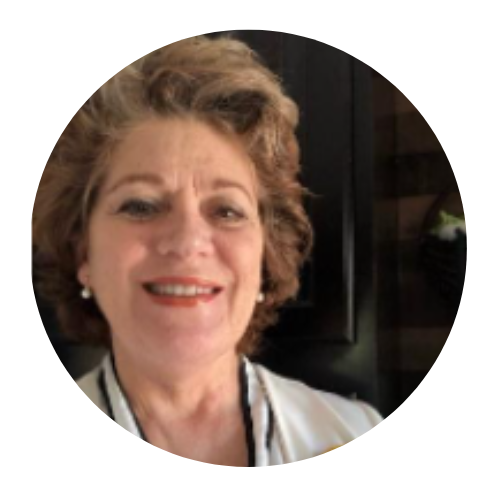 Monica HallmanExecutive Director
Monica Hallman served in the U.S. Navy for 22 years, starting as a deck seaman and then as a journalist, broadcast journalist and public affairs specialist. She was the evening anchor in Naples, Italy, Sigonella, Sicily and then anchored Navy/Marine Corps News, the Navy’s premier television product. Her final duty station was with Navy Recruiting District Philadelphia as Public Affairs Officer, handling communications duties for the areas of Washington D.C., Baltimore, Maryland and Philadelphia, Pennsylvania.
After the service Ms. Hallman was the communicator/spokesperson at Lockheed Martin in Owego, New York, for the Presidential Helicopter Program and Naval Helicopters Program. She relocated to Washington D.C. to work at Navy International Programs Office, and subsequently at Cobham Plc and L-3 National Security Systems as Director, Marketing and Communications.
Ms. Hallman also taught Communications and Public Relations courses at Ithaca College as an Adjunct Professor.
Ms. Hallman has been awarded numerous honors and medals, including half a dozen broadcast awards. She has served as a judge on award panels for the Navy, and helped create the Navy.mil site.
Ms. Hallman currently serves as President and Chair of the Veterans Club Table at the Union League, and is a member of the U.L. Armed Services Council, American Legion Post 405 and the Navy League. 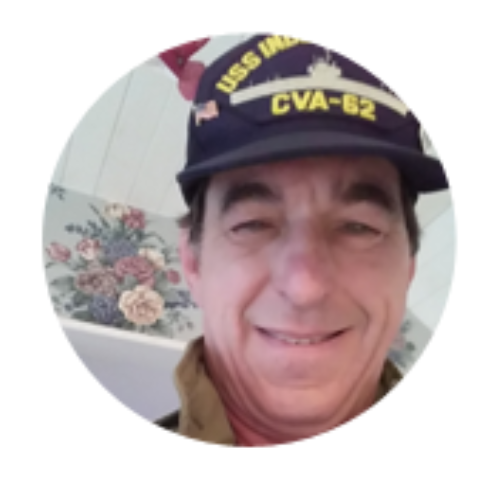 John PilatSecretary
John Pilat graduated from Montclair High School in New Jersey and joined the US Navy in 1976 where he stayed until 1981. He Served onboard the USS Independence (CV 62) M&B Division, He was employed by Merck Inc from 1999 to 2013. He now works for St Joseph University as their Power Plant Foreman. He is an active Veterans Diversity Group Member 2015-present. 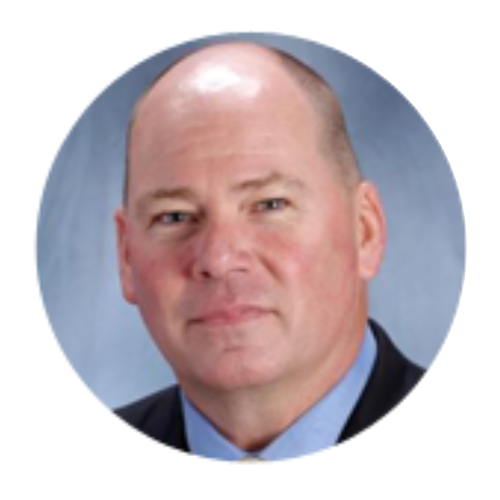 Steve MalloyTreasurer
Steve Malloy works for Lockheed Martin, since May 2008. He is a retired US Navy Captain Naval Aviator Helicopter Pilot). He is a graduate of the University of Notre Dame and a native of the Delaware Valley
Michael Kearney
Michael Kearney served 24 years in the Coast Guard as a Maritime Safety and Security Specialist; he retired as Executive Officer of Marine Safety Office/Group Philadelphia in 2001.
He was a shipboard technical consultant for companies such as American Roll-on, Roll-off Carrier, Thomas Schulte Ship Management, Witt/O’Briens and MarPort Compliance.
He was the Owner/Manager of US Unimog, the US dealership for the Mercedes-Benz Unimog.
Principal, Patriot Director, Inc. – a Service-Disabled Veteran-Owned print management and marketing company. He served as Project Manager, Gödöllö, Hungary for the 2005 repair of the new Iraqi Army’s 77 T-72 main battle tanks and 4 T-55 recovery vehicles.
Key responder, 2012 Paulsboro, NJ train derailment – resulted in the release of vinyl chloride.
As a defense consultant, he worked projects for Raytheon, Lockheed Martin, Elbit, Passport Health and others.
HE was also a key responder in the 2004 ATHOS I oil spill in the Delaware River.
He was the Past Chairman of the Society of Naval Architects and Marine Engineers, Philadelphia Section and a Member, Board of Trustees, Sacred Heart Academy, Bryn Mawr – 2012-2018
He earned his Bachelor’s degree in Mechanical Engineering from Villanova University and resides in Haverford, PA and Budapest, Hungary with wife Teréz, and daughter, Boglárka. 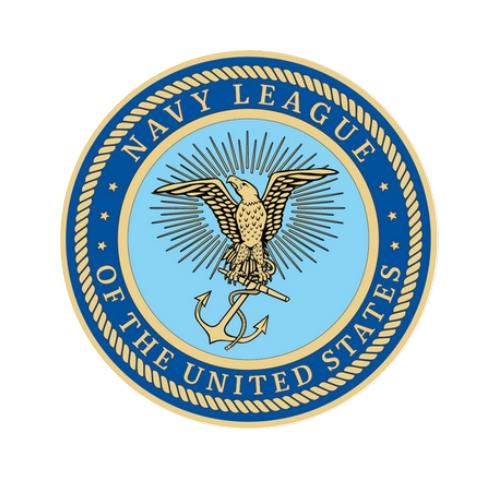 Lynne Edwards
Lynne Edwards has served the Philadelphia hospitality industry for decades. She was the Director of Sales for the historic and elegant Warwick Hotel for 25 years. Currently she works for Korman Communities and has held management positions at numerous Korman properties. Her current role is the Business Development Manager at The Franklin Residences (formerly The Benjamin Franklin Hotel). Lynne and her husband, retired Navy Commander Michael Seider reside in the East Falls section of Philadelphia. Her daughter Caroline is a Naval Officer serving on active duty. 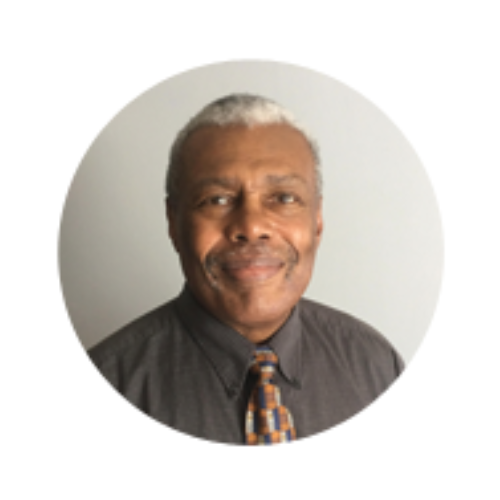 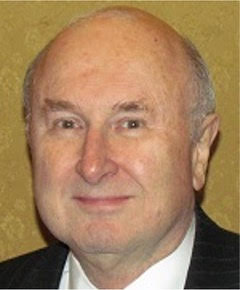 Michael (Mike) Delorey
His formal naval affiliation goes back to 1963 when he enlisted in the Navy. After a short time, he was offered an appointment by the Secretary of the Navy to the U.S. Naval Academy at Annapolis. In 1970, he was commissioned an Ensign, and in 1972, was designated a Naval Aviator. Primarily flying helicopters, he performed Search & Rescue and Anti-Submarine missions. He left active duty in 1977.
He Continued To Support The
Navy By:
-Past National Director of the Navy League –
Past President and Director Emeritus of the
Philadelphia Chapter of the U.S. Naval Academy Alumni Association –
Life Member of the United States Naval Academy Alumni Association –
Served as a Blue & Gold Officer for the U.S. Naval Academy Admissions Office –
Served as a member of Senator Arlen Specter’s Service Academy Selection Board –
Current Vice Chair of the Veterans Table at the Union League of Philadelphia –
Life Member of the Independence Seaport Museum –
Past Director of the Cruiser Olympia Association

Learn about our committees
Want to get involved? – learn how here

The Navy League of the United States is a recognized non-profit organization under Section 501(c)(3) of the Internal Revenue Code. Contributions are tax deductible as otherwise provided by law.